How I became everyone’s mother

For the past few days I have observed the behaviour of my environment and myself. It has been uncomfortable and challenging. It feels that I am under siege and everyone blames me for the discord between us. There is nothing special, I am simply tired and unwell which makes it hard for me to care much for other people’s moods and needs. 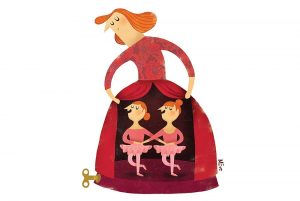 But a habit is a habit. It runs us tirelessly.  My mum wants me to think for her and tell her what to do. My father wants me to fulfil his needs and supply him with necessities that he cannot produce for himself. My brother wants me to be his load-bearer while I put up with his crudeness. My cousin expects me to be her best friend and find the way to be accepting of her ways because she is ‘becoming’ and it takes time.  In the meantime, all of these people claim that I am a difficult person who tries to control them and they strongly believe that they must put up a fight while I try to make them do things they do not want.

I wonder how I got here, to this very moment of absolute helpless misery in which I am the ultimate bad guy who cannot win. If I make an observation, I am interfering; if I withdraw, I have given up and let them down; if I am in a bad mood (mostly because I am in constant physical pain), everyone seems to have major issues to deal with that seemingly prevent them from expressing a shred of compassion; when I decide not to co-operate and play along any more, all hell break lose and I am a condemned person who deserves no mercy.

I must be God or at least a semi-God. I have so much impact on my immediate environment as if we were not separate entities but a bunch of glued-up-twins.

Everyone wants me or not in their lives on their own terms and naturally I am to comply with them all. Just like a good mother does, embracing it all without expectations. I attract people who strongly believe that someone somewhere have robbed them of their choices and freedom. Though, they need support because they cannot support themselves, they also must rebel against my parental guidance because they do not need my controlling interference. They are actually right. At the same time, I, somehow, always manage to find people who are unwilling to grow up because it is easier to stay ignorant, irresponsible or simply crude. They all have their reasons.

As I am writing this, I am realizing that it is all my doing. All I am today is the result of my upbringing, my unhealed past, and my incapability to let go. I grew up too fast because there was not a parent figure around and I needed one. So I became one. This decision condemned me to live in an ultimate limbo of the parent or the child. After all, I never grew up either. As a result, I am either in the role of a parent because I surround myself with children who need parenting while playing an unruly teenager or I take the role of a child because I am exhausted, my needs are not met (I do not have time or energy left for myself) and I somehow manged to find a person who is willing to parent me because she/he has the same issues I have. Neither is healthy.

I am a reluctant parent and I am not surprised that I come across pushy and controlling because I do it out of sheer fear of staying alone. Though, I always am. Not because the people in my life are not nice or kind, but because they are children who can hardly take care of themselves, let alone supporting another person.

I am aware that my own personal maturity requires me to let go of the role of the mother. I am scared, however, that if I do so, all  will collapse under  and around me and I will stand alone on the ruins. I may not survive it. I believe that if I refuse to adopt a ‘supportive’ mother role, I become  useless and unlovable and therefore rejected.

Ultimately, I mother others because I need mothering. Mothering myself is a challenge because I do not how to do it. I have not experienced it much.  Unhealthy survival patterns run so deep that no awareness can break them. I can only hope that chip by chip I can break myself off from the mother-figure.