The Adventure of Lent

Did you know that the origin of Lent was really about spending 40 days contemplating and ‘choosing your own adventure’?

When I originally started thinking about Len, my first thoughts were, obviously, about what to give up for this Lenten Season. So, I contemplated “What kind of food shall I give up now?” It was in trouble with this one because I have done them all over the years: no sugar, no bread, no meat, no sweets … you name it. Then, I thought, ‘What is it for anyway?’ Honestly, I never felt the difference! I noticed that each time I, in general, think that Lent it is nothing else but giving up something that I like. I also noticed that most people tend to give up some kind of food that they consider unhealthy. I never really understood the concept, so, I started researching the topic: The history of Lent.

That’s what Wiki says – “The traditional purpose of Lent is the preparation of the believer through prayer, penance, repentance of sins, almsgiving, atonement and self-denial. Lent is traditionally described as lasting for forty days, in commemoration of the forty days which, according to the Gospels of Matthew, Mark and Luke, Jesus spent, before beginning his public ministry, fasting in the desert, where he endured temptation by the Devil. … During Lent, many Christians commit to fasting or giving up certain types of luxuries as a form of penitence. ”

Heavy words, ha? Though, the text mentions fasting and giving up luxuries, it does not say that Lent is meant to be about giving up food as such, addictive or not. We could argue that sugar was at some point in history, especially during war times, a luxury item, and so, giving up the luxury of having sugar might have been considered a way of showing our commitment to the idea of Lent. However, luckily, it has not been the case for quite some time now. 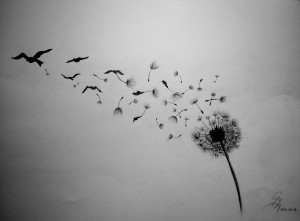 During my research, I also found this amazing article about the ‘Origins of Lent’ by Nicholas V. Russo. He says that according to history, especially pre Christian history, the idea of Lent – the word actually means forty – was about contemplating (praying and meditating) for forty days during which the seeker discovers what kind of adventure he wants to face next in his life.

“The early history of Lent is interesting and complex; it is something of a “choose your own adventure.”

I might be mistaken but I doubt that suffering for forty long days would bring me any closer to the realization of the adventures I wish to encounter next in my life. Contemplation and withdrawal from everyday ‘joys’ of life seem to be a good idea, however, not eating properly does not seem to add much to the topic.

From another passage I also learnt that the (Lentes Season) “it is a season to ponder anew our own need for ongoing conversion.”

From the above it is obvious to me that contemplation on how to start the ‘new season’ and how to enter the anew with the intention to forever convert ourselves into the great person who we are at heart has turned – over the centuries – into a simple and rather mindless ritual of giving up some food as a token of our faith for 40 day.

In case we assume that Lent is, originally, not about giving up something we enjoy in order to suffer, rather it is about releasing all that would prevent us from renewing ourselves for the coming season, for the new spring, we could ask the question: ‘What do I want to let go of that may have so far prevented me from being happy and free?’

How about contemplating on giving up and letting go of something that makes us miserable in exchange for blossoming into our greatness we inherently are: Pure Loving.

On a practical note: ‘What shall it be then? What to let go of? Fear? Self-doubt? Procrastination?’ … Who is your greatest jailer that it is time to say good-bye to? What to choose to give up for this Lenten Season so you can enter your adventure revived when the forty days passed? 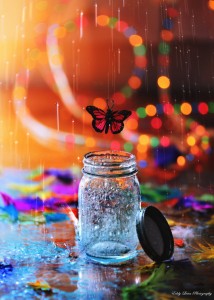